When was road roller invented?

The first Road Rollers were horse-drawn, and were probably borrowed farm implements. 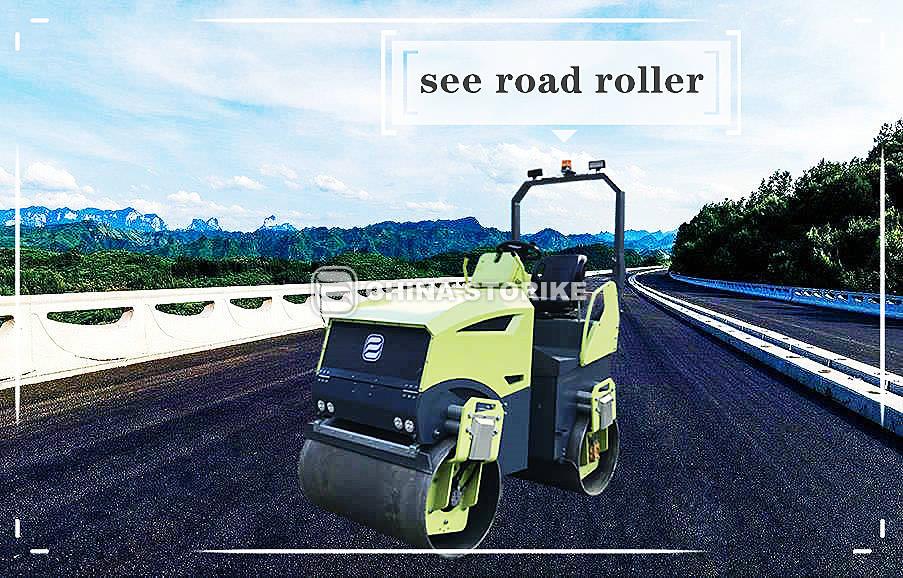 Since the effectiveness of a roller depends to a large extent on its weight, self-powered vehicles replaced horse-drawn rollers from the mid-19th century. The first such vehicles were steam rollers. Single-cylinder steam rollers were generally used for base compaction and run with high engine revs with low gearing to promote bounce and vibration from the crankshaft through to the rolls in much the same way as a vibrating roller. The double cylinder or compound steam rollers became popular from around 1910 onwards and were used mainly for the rolling of hot-laid surfaces due to their smoother running engines, but both cylinder types are capable of rolling the finished surface. Steam rollers were often dedicated to a task by their gearing as the slower engines were for base compaction whereas the higher geared models were often referred to as "chip chasers" which followed the hot tar and chip laying machines. Some road companies in the US used steamrollers through the 1950s. In the UK some remained in service until the early 1970s.

As internal combustion engines improved during the 20th century, kerosene-, gasoline- (petrol), and diesel-powered rollers gradually replaced their steam-powered counterparts. The first internal-combustion powered road rollers were similar to the steam rollers they replaced. They used similar mechanisms to transmit power from the engine to the wheels, typically large, exposed spur gears. Some users disliked them in their infancy, as the engines of the era were typically difficult to start, particularly the kerosene-powered ones.

Virtually all road rollers in use today use diesel power.Road rollers use the weight of the vehicle to compress the surface being rolled (static) or use mechanical advantage (vibrating). Initial compaction of the substrate on a road project is done using a padfoot drum roller, which achieves higher compaction density due to the pads having less surface area. On large freeways, a four-wheel compactor with padfoot drum and a blade, such as a Caterpillar 815/825 series machine, would be used due to its high weight, speed, and the powerful pushing force to spread bulk material. On regional roads, a smaller single padfoot drum machine may be used.

The next machine is usually a single smooth drum compactor that compacts the high spots down until the soil is smooth. This is usually done in combination with a motor grader to obtain a level surface. Sometimes at this stage a pneumatic tyre roller is be used. These rollers feature two rows (front and back) of pneumatic tyres that overlap, and the flexibility of the tyres provides a kneading action that seals the surface and with some vertical movement of the wheels, enables the roller to operate effectively on uneven ground. Once the soil base is flat the pad drum compactor is no longer used on the road surface.

The next course (road base) is compacted using a smooth single drum, smooth tandem roller, or pneumatic tyre roller in combination with a grader and a water truck to achieve the desired flat surface with the correct moisture content for optimum compaction. Once the road base is compacted, the smooth single drum compactor is no longer used on the road surface (there is an exception if the single drum has special flat-wide-base tyres on the machine).

The final wear course of asphalt concrete (known as asphalt or blacktop in North America, or macadam in England) is laid using a paver and compacted using a tandem smooth drum roller, a three-point roller or a pneumatic tyre roller. Three point rollers on asphalt were once common and are still used, but tandem vibrating rollers are the usual choice now. The pneumatic tyre roller's kneading action is the final roller to seal the surface.

Rollers are also used in landfill compaction. Such compactors typically have padfoot or "sheep's foot" drums, and do not achieve a smooth surface. The pads aid in compression, due to the smaller area contacting the ground.

PREVIOUS：Our company shipped according to customer's request to the Bangladesh NEXT：Learn the rolling skills of road rollers, and you are an professional driver!