Learn the rolling skills of road rollers, and you are an professional driver!

Road Rollers belong to the category of road machinery and equipment in construction machinery, and are widely used in high-grade highways. The filling and compaction operations of railways, airport runways, dams, stadiums and other large-scale engineering projects can roll sandy, semi-cohesive and cohesive soils, roadbed stabilized soil and asphalt concrete pavement layers. 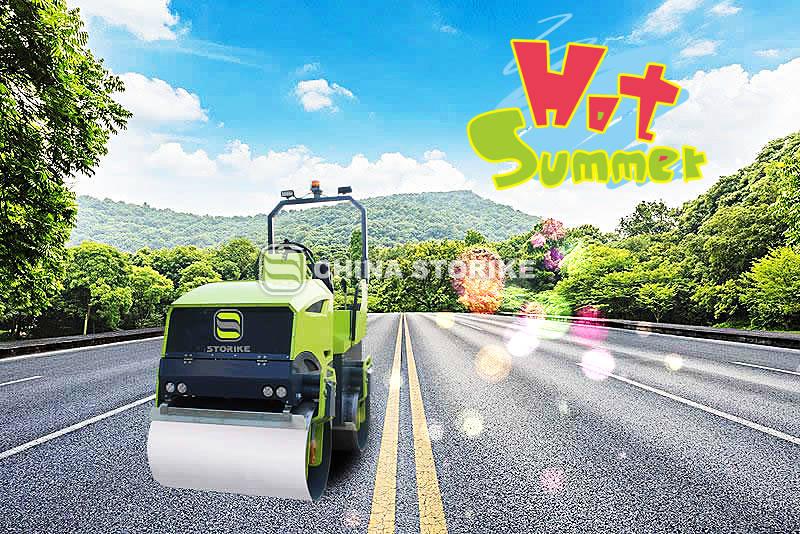 The compaction is carried out along the longitudinal direction of the line, and the principle of "first light and then heavy, first slow then fast, first edge and then middle (curve section is first inside and then outside)".

2. The best temperature for starting the first impact rolling is between 80-150℃ for petroleum pitch and 90-110℃ for residual oil pitch. If the rolling temperature is too high, the material will be squeezed in front of the roller, and it will expand along the edge of the roller to produce transverse cracks and stick to the roller. When the rolling temperature is too low, the viscosity of the asphalt becomes high and it is difficult to compact, and the road surface that has been rolled will crack.

3. The roller should be rolled as close as possible to the paver, and the method of applying light first and then heavy should be adopted to ensure that the compactness requirement is reached before the mixture is cooled to below the required minimum temperature.

4. When rolling the new asphalt mixture, the operator should first drive the driving wheel into the fresh mixture yard to reduce ripples and breakage.

5. Keep the vibration rolling speed constant, do not stop arbitrarily on the hot material surface; turn or start slowly, so as to minimize the indentation.

After the completion of rolling, the roadbed surface is leveled and a cross slope is made to ensure good drainage.

1. During operation, the roller should start before it starts to vibrate, and the engine should be set to medium speed first, and then adjusted to high speed.