Analysis of the principles and techniques of roller compaction, very practical! 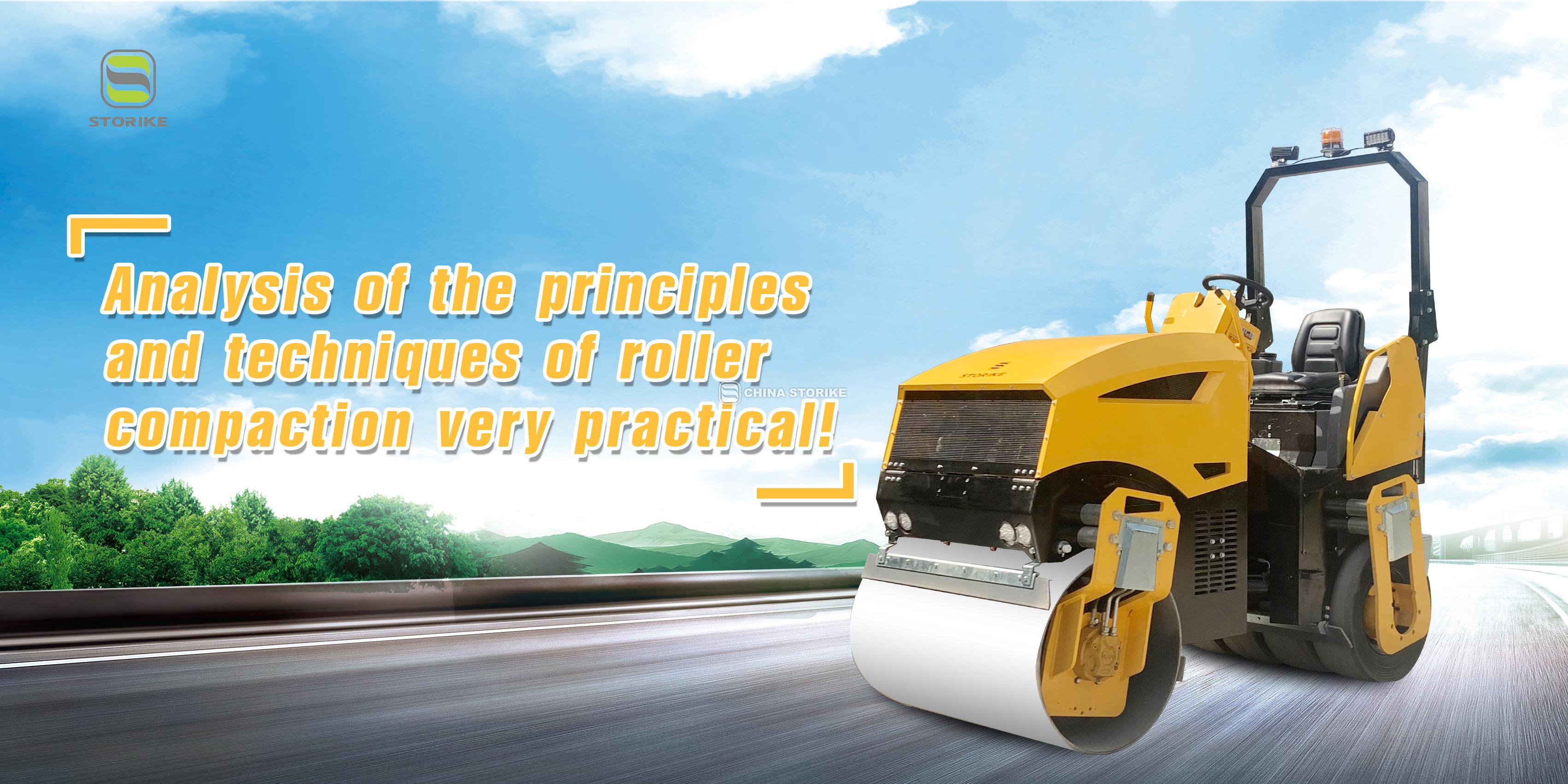 Longitudinal compaction along the road, rolling in accordance with the "first light then heavy, first slow then fast, first side then middle (curve section according to the inside first, after the outside)" principle. Static pressure once + vibration 3-4 times + static pressure once, and the walking speed is controlled at 3-6km/h. The specific method is as follows:

The best temperature for starting the first impact rolling: petroleum asphalt is between 80 and 150 °C. (The residual asphalt is 90-110°C. If the rolling temperature is too high, the material will be squeezed before the roller, which will expand along the edge of the roller and cause transverse cracks and adhere to the roller. When the rolling temperature is too low When the asphalt viscosity becomes high, it is difficult to compact, and cracks will appear on the rolled pavement.

The Road Roller should be rolled as close to the paver as possible, and the method of applying light first and then heavier pressure should be adopted to ensure that the density requirement is reached before the mixture cools down below the required minimum temperature.

When rolling new asphalt mixture, the operator should drive the drive wheel into the fresh mixture yard first to reduce ripples and fractures.

Keep the impact rolling speed constant, do not stop arbitrarily on the hot material surface; turn or start slowly, so as to minimize the indentation.

When working, the road roller should start first before it can start to vibrate, and the internal combustion engine should be set to a medium speed first, and then adjusted to a high speed.

Whether rolling uphill or downhill, the drive wheels of the roller should be behind. This has the following advantages: when going uphill, the rear drive wheel can bear the driving force provided by the ramp and the machine itself, while the front wheel performs preliminary compaction on the road surface to withstand the larger shear force generated by the drive wheel ; When going downhill, the impact force generated by the self-weight of the road roller is offset by the braking of the driving wheel. Only the mixture rolled by the front wheel has the ability to support the rear driving wheel to generate shearing force.

The above is an analysis of the rolling principles and techniques of road rollers. In the rolling process of the road roller, for the vibratory roller, the low frequency is used first, and then the high frequency is used. Because the low frequency rolling has a large amplitude, it is beneficial to the deep compaction, and the high frequency rolling has a small amplitude, which is conducive to the shallow compaction. After the rolling is completed, the surface of the subgrade is leveled, and the cross slope is made to ensure good drainage.